2012 The power of collective impact.

As MCAN began to take off and make an even greater impact, we began to leverage the power of collaboration.

In 2012, our annual conference truly took off. We increased attendance to 350 attendees, and were able to see, both literally and figuratively, the impact of our work. With so many minds coming together under a common passion — from educators to LCAN coordinators to policymakers — we instantly realized that we had created something bigger than ourselves.

This was also the year we formally committed to collaboration by adopting the Collective Impact framework, as articulated by John Kania and Mark Kramer, for our LCAN development. Collective Impact asks a community to implement a structured and disciplined process that will allow for intentional improvement of systems with a formalized alliance, centralized infrastructure, intentional channels of communication, and dedicated staff. The framework helps break down silos between organizations and brings people together, in a structured way, to achieve social change. We also helped LCANs integrate this framework into their own efforts by establishing a common agenda, shared measurement systems, mutually reinforced activities, continuous communication, and a backbone support infrastructure. 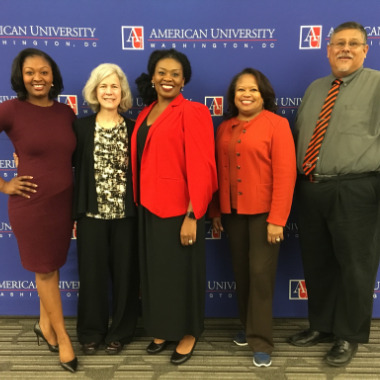 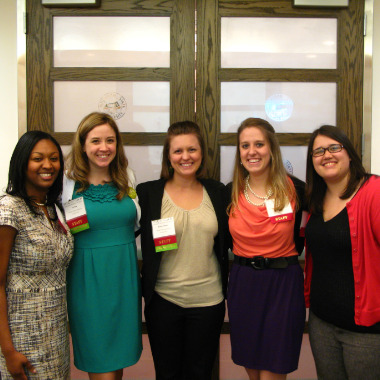 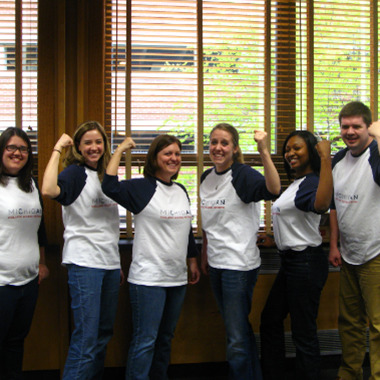 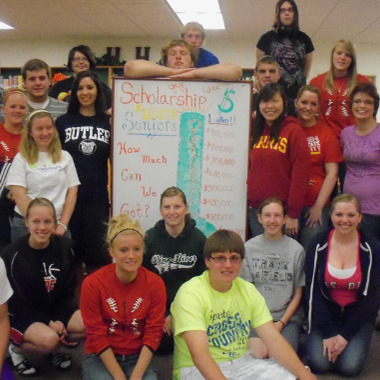 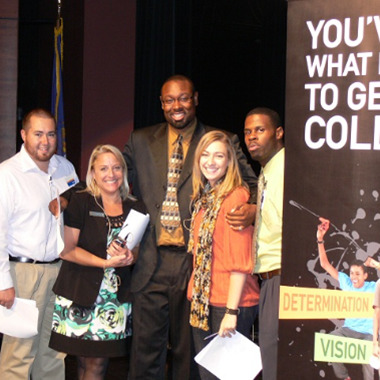 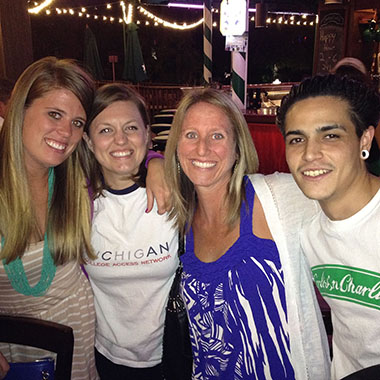 During this year, MCAN also used the power of collaboration to continue overcoming a monumental obstacle: the aftermath of losing the federal College Access Challenge Grant (CACG) funding.

In mid-2011, the U.S. Department of Education announced that Michigan would not receive its Federal fiscal year 2011 award under the CACG Program. After submitting an appeal, we learned in 2012 that the funding would still not be available.

“One of the most challenging experiences, but also a learning experience, was when the state lost the CACG in our early years,” says former Executive Director Brandy Johnson. “That grant was a huge part of MCAN's funding at that point in time, and we had just put together a small staff. But we used this loss as energy to get funding. I called on people that were influential in making the budget in the Snyder administration, and we made a plea to the governor. And it worked. In 2012, Gov. Snyder proposed operating support for us for the FY13 budget.

“From there, we went to work on legislators. We got every school counselor, administrator, and anyone we could find to be vocal about how important this was, and ever since then we've had consistent bipartisan support for a line item in the budget, which is challenging to do."

Deputy Director Jamie Jacobs sees the loss of this funding as a turning point for MCAN as well. “I think MCAN got on the map after we managed to survive the elimination of federal funding,” she says. “People still ask how we survived, and that put us on the map in a different way. Almost every effort or organization died as a result of losing the CACG funding, and that was a make-or-break moment. Though we didn’t publicize it, there was a moment when we had zero funding (before we received state funding), but we carried on advocating and going to conferences as though everything was fine. It was a rebirthing moment. People realized: These folks are legit and they’re not going anywhere. We're starting to see that again now as we're responding to the pandemic — people have totally new mindsets regarding what we’re capable of.”

A positive turning point in 2012 was receiving re-granting funds from our partners, The Kresge Foundation. “We thought that MCAN had good momentum coming out of the governor’s office, and we liked Brandy’s energy,” recalls Caroline Altman Smith, deputy director of education at The Kresge Foundation. “We wanted to help build and support a partner who we could work with in the future to develop a statewide agenda around college access and success.”